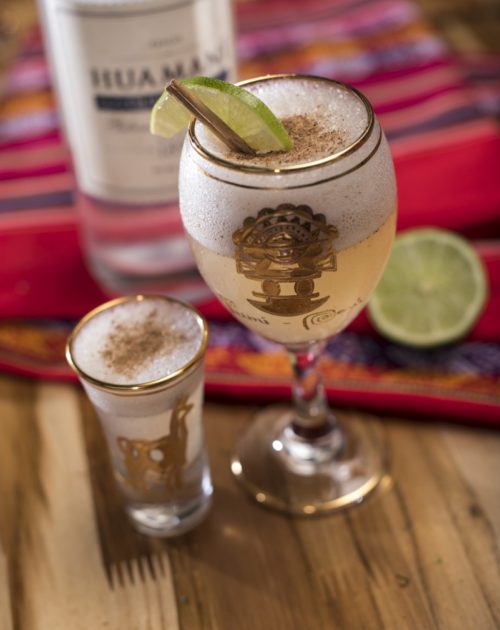 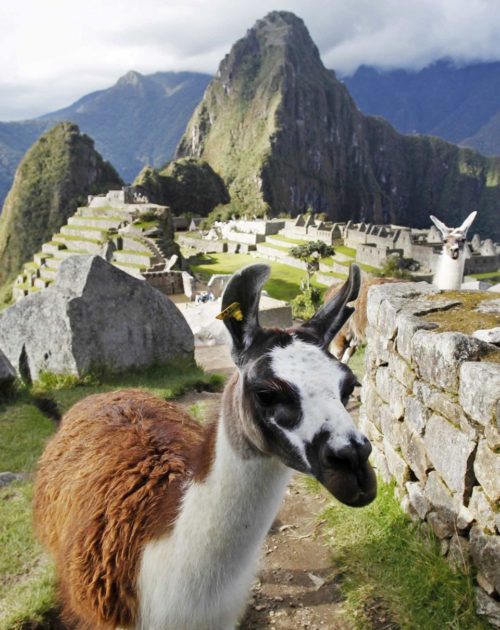 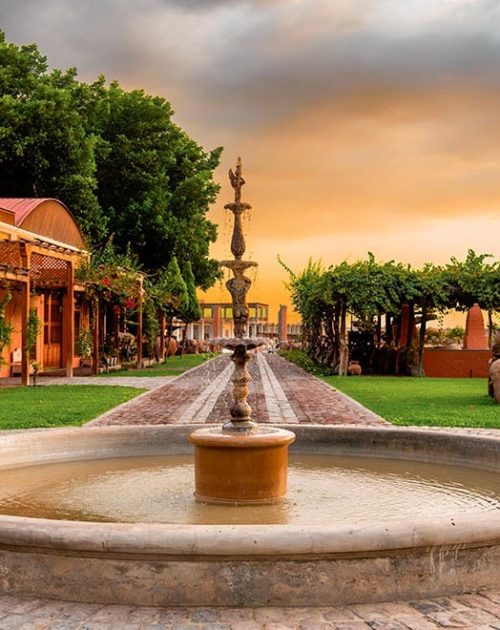 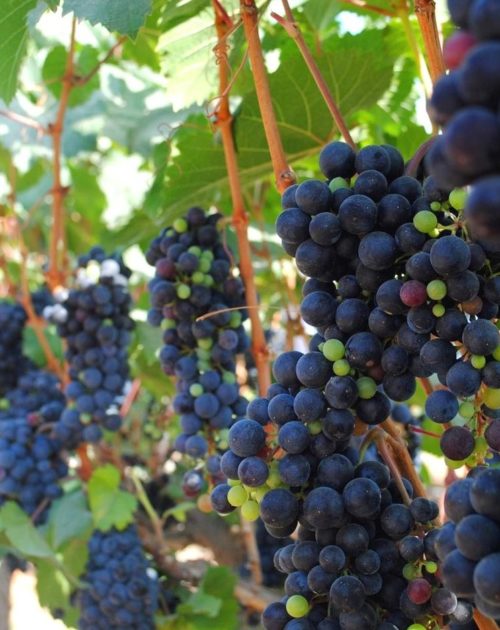 What will you do 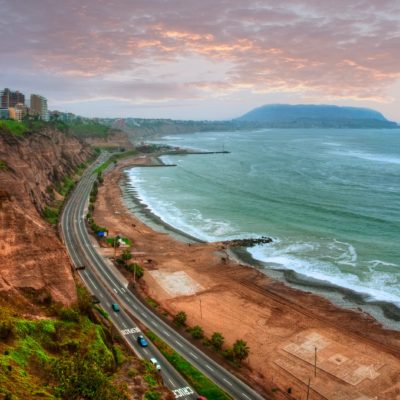 Upon arrival, on the first day of your trip to Peru, you will be welcomed by our personnel at Lima airport and transferred to the selected hotel. After check in you will have a briefing in which you will be handed your "Travel kit" which includes all your travel documents such as itinerary, flight, train and bus tickets, and hotel information. 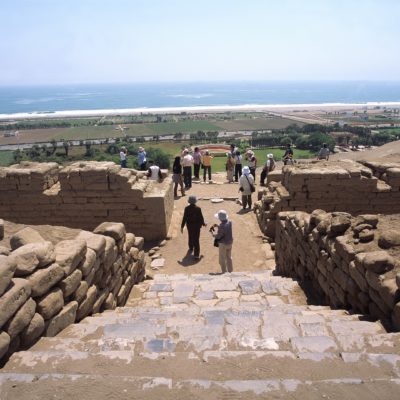 Tour of the Pachacamac ruins. Follow the footsteps of ancient pilgrims.

In the morning, you will be picked up at your hotel and begin the tour to Pachacamac ruins. The Pachacamac site museum under the Ministry of Culture, was founded in 1965 during the government of Fernando Belaunde Terry being its first director Dr. Arturo Jimenez Borja. The museum serves as a prelude to the visit to the shrine, explains its importance and shows the main archaeological finds from the site. He stresses the idol of Pachacamac, the door cloth decorated with shells of Spondylus both from excavations in the Painted Temple by Alberto Giesecke. Other highlights of the museum are the series of offerings of ceramic sculpture dating from the Wari period (700 - 1100 A.D.)

Route of the Pilgrims

The new route that the Pachacamac Site Museum puts at the disposal of its visitors allows to follow in the footsteps of the ancient pilgrims who came to the sanctuary to worship and offer the god Pachacamac.

The research and enhancement of the splendid North-South Street makes it possible for the visitor to know the sacred areas that our ancestors traveled and with information on panels and paradors for rest that allow us to understand the magnitude of its importance, the route in mencion presents the following content.

Continuing with the tour we will have a stop on Bodega Tabernero, over 300 hectares under cultivation, it has a wine cellar of over 20.000 square meters that works with cutting-edge technology ensuring the quality of TABERNERO's processes and products.

Our next stop will be Hacienda San Jose, where lunch will be served, this former slave plantation with its stately hacienda offers a rare opportunity for Afro-Peruvian historical immersion. Tour of the hacienda and its famous catacombs included. Return to the hotel. 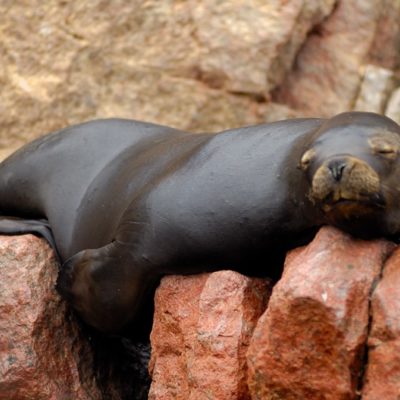 In the morning after breakfast, you will be picked-up and transfer to the marine pier to start your shared tour to Ballestas Island and a private visit to national reserve of Paracas.

Take your two-hour boat trip to the famed Ballestas Islands to enjoy the sights and sounds of fascinating Peruvian coastal wildlife living there, marine animals like sea lions, Humboldt penguins, and an endless number of migratory birds. Along the way, there will be ample opportunity to marvel at the Candelabro, a mysterious and huge geoglyph that stands watch over the Ica coastline.

Afterwards, you will visit the Paracas National Reserve, is an excellent choice for travelers who are looking for a relaxing, slow-paced tour in a beautiful setting. In this tour, the attraction is not the wildlife, but the beauty of the ocean and desert landscapes. This is a land-based tour in a mini-van, rather than by boat. Stroll through lovely red-sand beaches like PLAYA ROJA, peek over dramatic cliffs and photograph desolate coastal dunes. Your tour guide will explain about the natural and human history of the region.

Departure to Queirolo Hacienda for lunch. You will have 05 options for lunch, in the restaurantthe waiter will advise and inform you about the 5 types of menu they offer such as:

The alternatives of entries, backgrounds and desserts of each menu may vary without prior notice. The options are confirmed at the time of booking.

HOTEL VIÑAS QUEIROLO is located in the Ica valley near the foothills of the Andes and surrounded by more than 500 hectares of vineyards, in which the vines that are later used to produce Bodega Santiago Queirolo’s Intipalka wine are grown. 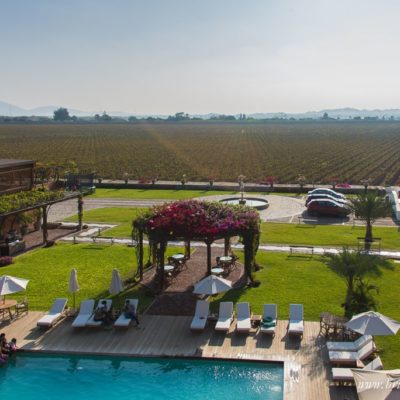 Free day to relax and acclimatize or enjoy the hotel facilities.

Free day to relax and acclimatize or enjoy the hotel facilities.

HOTEL VIÑAS QUEIROLO is located in the Ica valley near the foothills of the Andes and surrounded by more than 500 hectares of vineyards, in which the vines that are later used to produce Bodega Santiago Queirolo’s Intipalka wine are grown. 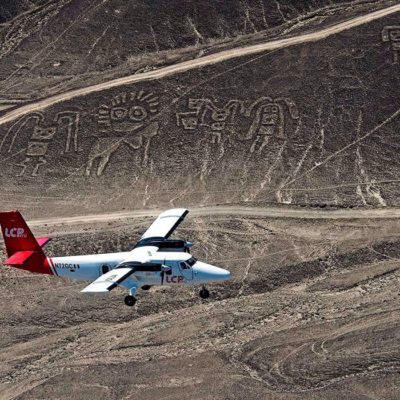 At a coordinated time, you will be picked-up from your hotel in Ica and transfer to the airport in Pisco to take the 1 hour and 40-minute flight over the Nazca Lines. A once in a lifetime chance to see and to photograph this immense Pre-Incan astronomical calendar comprised of extraordinary and mysterious designs that were discovered in the 1930's.

Later, you will enjoy a delicious lunch at La Negra y el Blanco restaurant in Paracas. The restaurant has two floors and a great view of the sea, very warmly decorated, offers an environment to enjoy a good meal with a good view of the Pacific.

All dishes are chosen for their quality and freshness, controlled by their owners.

Return to the hotel to overnight. 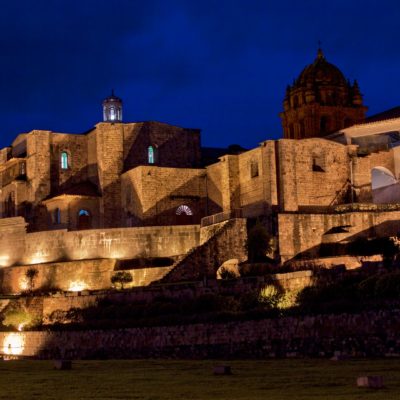 By afternoon, you will be transferred to the airport to board your flight to Cusco. Upon arrival, reception and transfer to your hotel.

Afterwards, you will be picked up from your hotel, to start the City Tour visiting Cusco's Historical Inca and Spanish Colonial Monuments, such as the Main Square, known in Inca times as Huacaypata or the Warrior's Square; it was the scene for many key events in Cusco's history.

The Cathedral, originally built on the site of the old temple of SunturWasi (House of God), now the church of El Triunfo, the choir cloisters are a point of interest, the pulpit, the engravings on the altar and furniture. Continue onto the Church and Convent of Santo Domingo, a Spanish construction belonging to the Dominican Order built upon the foundations of the Inca temple of Koricancha or Temple of the Sun. Koricancha (in quechua, site of gold) was the main religious building of the Incas dedicated to worship the Sun and which walls, according to the chroniclers, were plated with sheets of gold. Magnificent blocks of finely carved stone were used in its construction.

You will then visit the surrounding ruins of the city of Cusco: Sacsayhuaman, this was a huge Inca fortress that is built on three overlapping platforms, each of them over 360 m long. Then, you´ll continue onto Tambomachay, known as the Inca baths. It was, apparently, a site dedicated to the worship of water and a resting place for the Inca monarch Kenko. It´s rumored to have been a worship site. There is a huge 59 meters high stone block that looks like a puma. There are also passages, canals and stairways with stone engravings representing animals. Finally, you´ll see PucaPucará, which was an administrative and military center formed by terraces, stairways, passages, turrets and vaulted niches. Finally, return to the hotel. 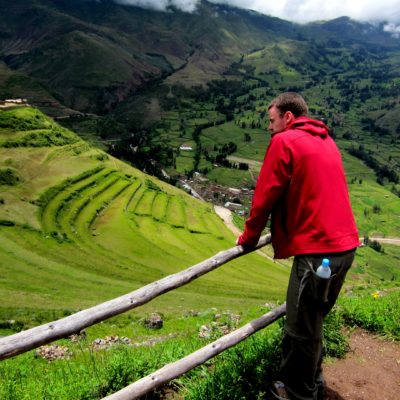 On arrival to the archaeological complex of Pisac, you will begin our tour of the site. During our hike around this area, we will appreciate the magnificent Andean terraces, which were built to expand the agriculture lands. Afterwards, you will visit the artisan market of Pisac, a colorful local event that over the centuries has attracted local traders and remote communities from all over the valley dressed in their traditional and colorful costumes, enjoy the opportunity to interact with local people, appreciate their craftsmanship, handicrafts and local fruit and vegetable stalls. Next activity, lunch at Sarapampa Hacienda.

Sarapampa" is a word from the Quechua language meaning "cornfield". Situated in a privileged location in the Sacred Valley of the Incas, the property is just 40 minutes from the city of Cusco and 5 minutes from the town of Pisac. Hacienda Sarapampa offers visitors the opportunity to have a unique cultural experience around traditions associated with corn production practices in an authentic and natural environment.

Be our guest. Enjoy a unique experience and learn how corn influenced the Andeans and those who followed during colonial and recent times. Afterwards you will enjoy a delicious 7-course lunch based on both indigenous ingredients and cuisines brought in during colonial times.

Return to the hotel to overnight.

Escape to a luxurious and mystical journey like no other at Tambo del Inka, a Luxury Collection Resort & Spa, Valle Sagrado. Our luxury hotel in Peru is nestled in the heart of the Sacred Valley of the Incas and stands as a contemporary doorway to the vast cultural richness of this region. 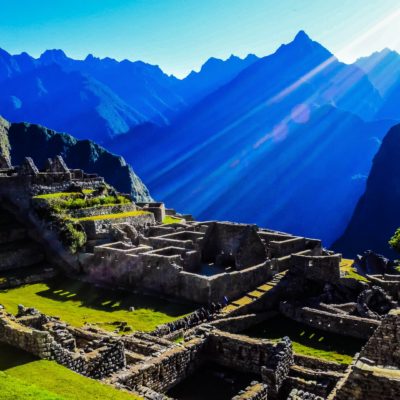 Tour of the Machu Picchu

Visit the world famous site with a full day tour.

Tour of the Machu Picchu

After breakfast, you will be transferred to the train station to board the Vistadome Train to Machu Picchu, a great World Heritage Site. This archaeological site was hidden for centuries, until it came to light during the early 1900s, by the famous discoverer Hiram Bingham.

It is almost impossible to describe in words, how you will feel when faced with the citadel, a huge complex located between the mountains and the jungle and a wonderful challenge to your imagination.

Upon arrival at Aguas Calientes, reception at the train station and transfer uphill to Machu Picchu (approximately 20 minutes). On arrival to Machu Picchu you will begin your tour of the Citadel where you will appreciate the history of this enigmatic and impressive place.

The citadel was built on a very special spot covered in vegetation between two mountains: the Machu Picchu (old mountain) and Huayna Picchu (young mountain), at the foot of which meanders the Urubamba or Vilcanota River (lower Jungle featuring abundant flora and fauna).

Escape to a luxurious and mystical journey like no other at Tambo del Inka, a Luxury Collection Resort & Spa, Valle Sagrado. Our luxury hotel in Peru is nestled in the heart of the Sacred Valley of the Incas and stands as a contemporary doorway to the vast cultural richness of this region. 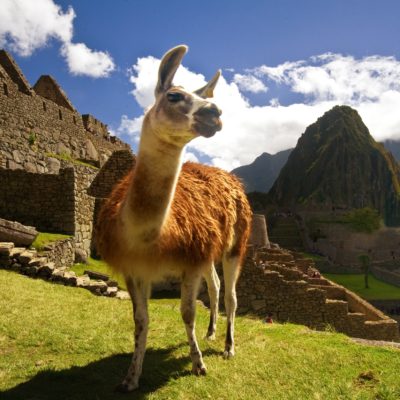 Transfer to airport for onward departure.

*based on 2 pax in double room. 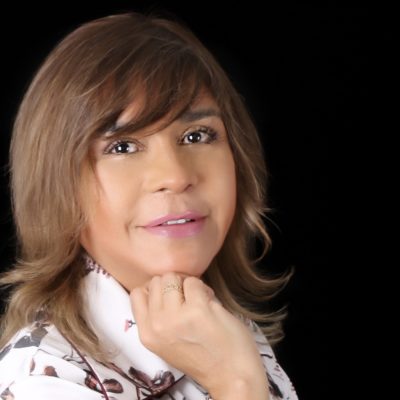 Veronica is considered one of the industry’s leading experts, being an active member of Peru’s most prestigious associations and government institutions. She designs the best imaginative travel products and is a frequented international consultant giving advice on Natural, Sustainable, Adventure and Luxury Products in Peru, with several recognitions standing on her desk.

From 3748 USD per person
SEND INQUIRIES